Is Stevia Good for Me? 5 Things You Should Know

Is stevia good for me? What should you know about stevia?

If you like coffee and you’re concerned about your health, there’s a big chance that you’ve heard about stevia. Stevia is referred to as a sugar substitute — it is often regarded as the healthier alternative to sugar. Despite its potential to be a healthy option, it gained some friction with the FDA in the US. This led to most of us asking: is stevia good for me?

It’s understandable to be worried about its effects on your body, so we’ve prepared some things you should know about stevia. If you want to learn more about this sweetener, keep reading below!

It comes from a plant

One way you know that it’s organic is that stevia is made from the leaves of the stevia plant (Stevia rebaudiana). They are typically grown in Brazil, Paraguay, Japan, and China, but the sweeteners are available nationwide. Although they come from a plant, the commercial versions that you see are usually processed already. They become highly refined and get fused with other sweeteners such as erythritol, dextrose, and maltodextrin. These sweeteners may affect its health benefits, so if you want to try stevia, get the most natural one you can find! What makes stevia a good sugar substitute is that it’s a lot sweeter than sugar! Stevia is known to be 200-300 times sweeter than sugar. This means that you don’t lose any flavor by using stevia instead of sugar — you even get more of it!

Stevia is often marketed as zero-calorie, and it does so rightfully! The number of calories in stevia is so low that it is barely significant, and it could be called a zero-calorie sweetener. In case you’re worried, almost all zero-calorie foods have minuscule amounts of calories still, but they aren’t enough to make a difference.

Because of this fact, stevia is a good option for people who are trying to lose weight but don’t want to remove sweet stuff from their diets.

It helps against some conditions Other than having fewer calories, stevia has actually been found to help against some health conditions. A study shows that it has significant effects on blood pressure regulation, cancer, renal function, obesity, inflammatory bowel disease, and dental caries. Here’s how:

Blood pressure regulation: To help maintain blood pressure, stevia can be used as a heart tonic. It can normalize blood pressure levels, regulate your heartbeat, and other cardiopulmonary indications as it functions similarly as a calcium channel blocking agent.

Cancer: Stevia has had a bad rap in history when it was thought to contribute to the growth of cancer. However, its toxicity has been studied for both short and long-term effects in humans, and the results show that it has no carcinogenic effects on mammalian species. This means that you don’t have to worry about cancer when consuming stevia. In fact, it has also been found that some compounds in stevia have anti-tumorous and cytotoxic properties, meaning it stops tumors from growing and can potentially kill cancer cells.

Renal Function: The compounds of stevia stops cysts from growing in kidneys. It has been recognized as a promising candidate to be a plant-based drug for polycystic kidney disease.

Obesity: The zero-calorie nature of stevia while being over 300 times sweeter than sugar makes it a good substitute, and it’s also a great way to fight against obesity. More than that, stevia leaves and extract lessen the craving for sweet and fatty foods, unlike sugar.

Inflammatory bowel disease: To counter these diseases of the intestine and colon, stevia can have anti-inflammatory effects on colonic epithelial cells. It also inhibits the contractions of intestinal smooth muscle, meaning it can help against diarrhea.

Dental caries: Also known as tooth decay, dental caries is one of the harmful effects of sugar because it encourages the growth of harmful bacteria in the mouth. In contrast, stevia suppresses the growth of these bacteria and secretes less acid than sugar.

As you can see, the consumption of stevia is not only safe, but it can also benefit the body in many ways. If you’re having problems with any of these diseases, substituting sugar for stevia might be the right move.

If you see stevia advertised in any product, you now know what to expect and how it’ll affect your body. If you’re still asking “is stevia good for me?”, then go back and read this article again! Its nature and its benefits definitely outweigh the supposed risks, and it is surely healthier than sugar. So instead of sweetening your drink with sugar, why not try stevia?

If you like coffee, then you’ll like Bona Vita! Here, we supply organic food supplements all over the world, but we have many other products! We also boast our completely organic coffee and hot choco (sweetened by stevia, of course!). If you’re interested, browse through our products in our shop, or contact us if you have any questions! 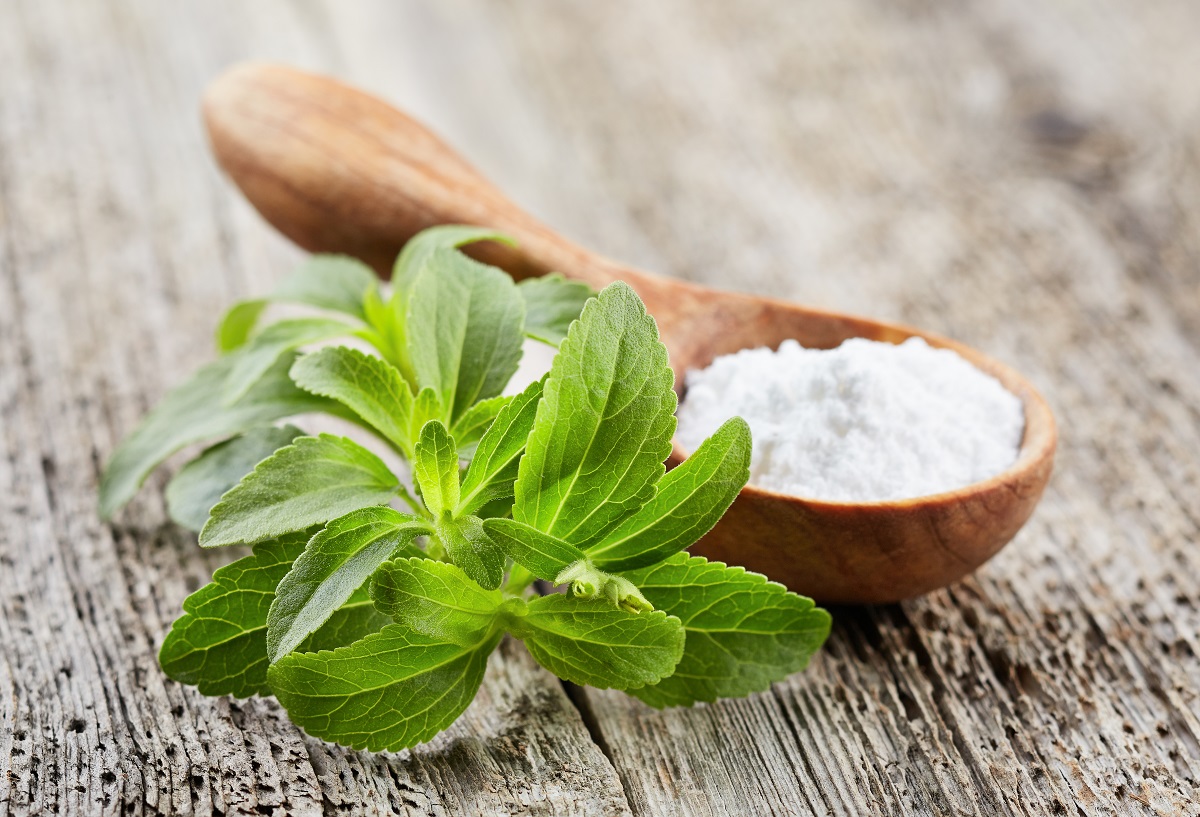