8 Reasons Why You Need Coffee In The Office

Why do you need coffee in the office?

Coffee is good for anyone who wants to start their day right, and it’s practically a necessity for people who work in offices. Long hours, stressful situations, and a lack of sleep abound in this environment, and coffee makes all of those things tolerable and possible to overcome. Here are 8 reasons why you need coffee in the office.

It energizes your employees.

It’s a well-known fact for most coffee drinkers (and even the general public) that coffee contains a stimulant chemical called caffeine. Among its other physiological effects, caffeine reinvigorates the mind and body by blocking the neurotransmitter adenosine, which induces sleepiness.

Some people are so familiar with the drink’s energizing effects that just the smell of coffee can already induce a sort of placebo effect, waking them up even before the first sip. Besides waking you up, caffeine also instantly improves focus, attention and reasoning. In small doses, it even has memory-boosting and adrenaline-stimulating properties, so not only do you have the energy to work, but the enhanced capacity as well.

Keep in mind, though, that too much coffee can make you jittery and nervous—ergo, less able to function properly. As in everything else, aim for that perfect amount that isn’t too much or too little.

Caffeine has been shown to create a quick, temporary memory boost for the people who ingest it. In the first few minutes to an hour after you drink, you might experience your brain working more efficiently: solving math problems quicker, having better retention or remembrance, or finishing tasks quicker.

Eventually, you’ll lose that quick-thinking and good-memory “superpower,” but research says that consuming coffee over time actually improves your overall long-term memory, too.

Studies show that coffee helps curb depression. Though scientists are still unsure as to why that is, it might be because caffeine activates the neurotransmitters known as “happy hormones,” dopamine and serotonin. But even if your employees aren’t at risk of depression, coffee is still going to help boost their mood.

Instant coffee is quick to prepare, can be enjoyed hot or iced, and doesn’t need much. For example, one sachet of Bonavita 8-in-1 Coffee just requires approximately 150ml hot water and a good stirring. Then you already have a cup of delicious, healthy coffee to get you going. Best of all, having a coffee station inside the office means there’s no need to leave the workplace just to have a cup. Now that’s convenient!

It has a lot of health benefits.

We’ve mentioned that Bonavita 8-in-1 Coffee isn’t just delicious, it’s healthy, too. That’s because it’s laden with nutrients and ingredients that benefit different parts of your body.

These include mangosteen which is a good source of Vitamin C, Guyabano which supplies Vitamin C and B, Moringa (Malunggay) which has a number of health benefits, Ganoderma which stimulates the immune system, and Acai berry which increases heart health and aids in weight loss, among other things. We’ve mentioned the mental and physical benefits of coffee, but it has social benefits, too. Having a coffee station provides your employees with a space to converse over a quick cup, maybe discussing their projects or trading business advice. In this way, it can also foster a better relationship between or among team members.

It contributes to a positive workplace environment.

In the office, any kind of break is a chance to socialize. That includes mini breaks like taking a short trip to the coffee station and preparing a quick cup.

Even science backs up these claims. 40% of employees surveyed claimed they hold more constructive conversations over coffee than otherwise. In fact, 37% of people in another survey claimed they prefer having an office coffee station than an office Christmas party.

We’ve studied a number of reasons why you need coffee in the office and how it can boost your company’s productivity and morale if you do. A coffee station doesn’t have to be too big.

It can just be a small area in your pantry, or a desk set up with a water heater, cups or mugs, teaspoons, and sachets of Bonavita 8-in-1 Coffee. You’d be surprised how such a small investment could make a big difference. 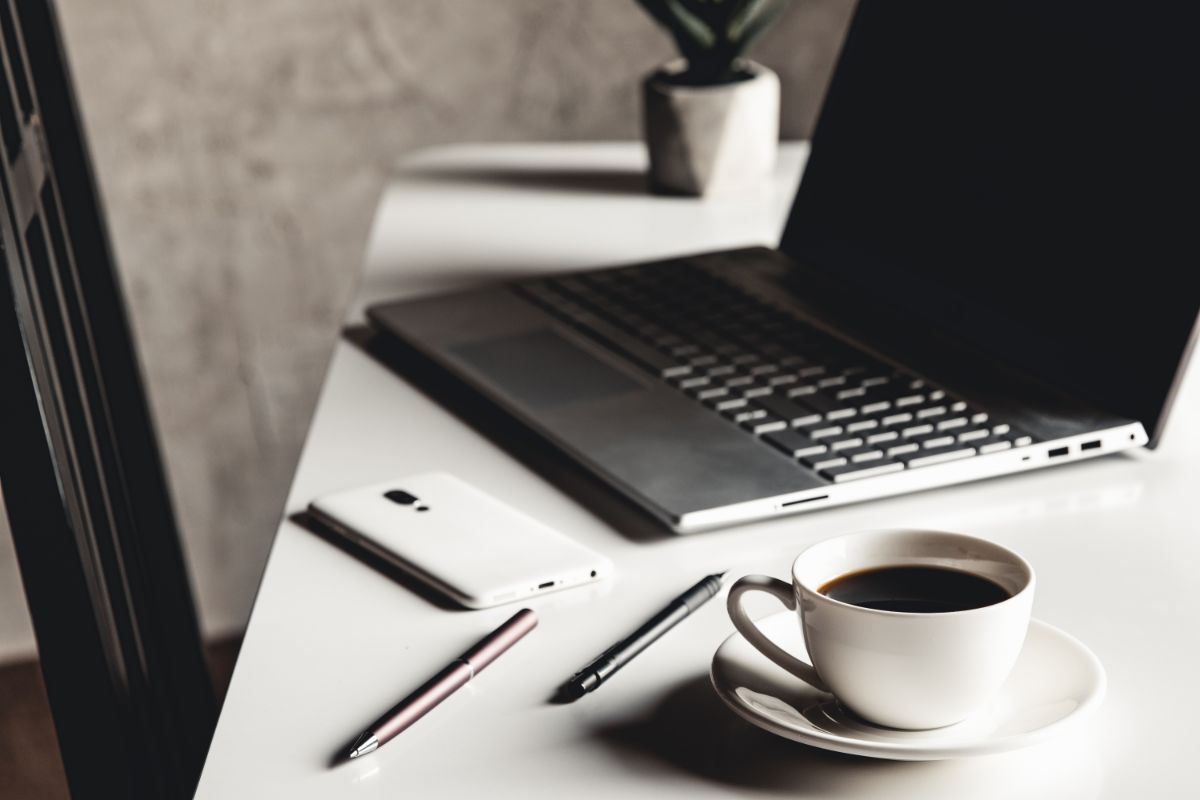